Discovery and Sensory Garden at our Girls’ School The Four Eggs

We had our first version of a farm to table dinner party this past weekend here at Sassakala, and I do believe fun was had by all. 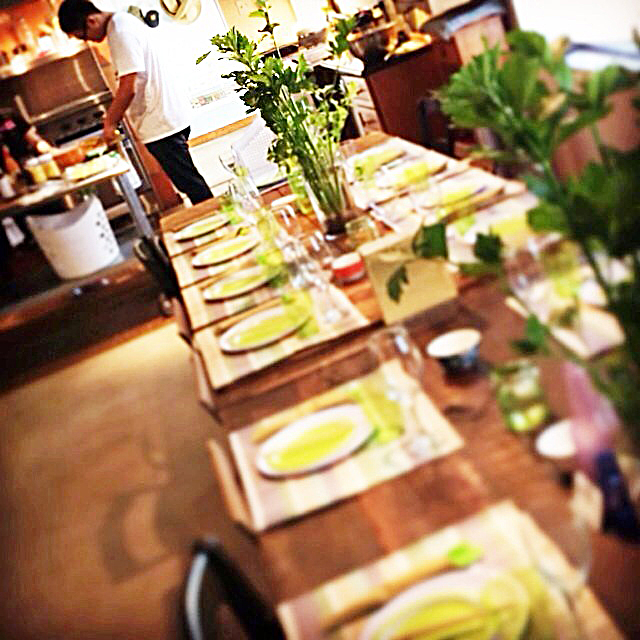 For one night we transformed our home into a sushi restaurant with guest chef, Chenyu Liu, also known as Charlie to his classmates and professors at Florida Southern College here in Lakeland.  Charlie is graduating next week so it was quite a feat to pull off a three course sushi meal for 14 local foodies during finals week. 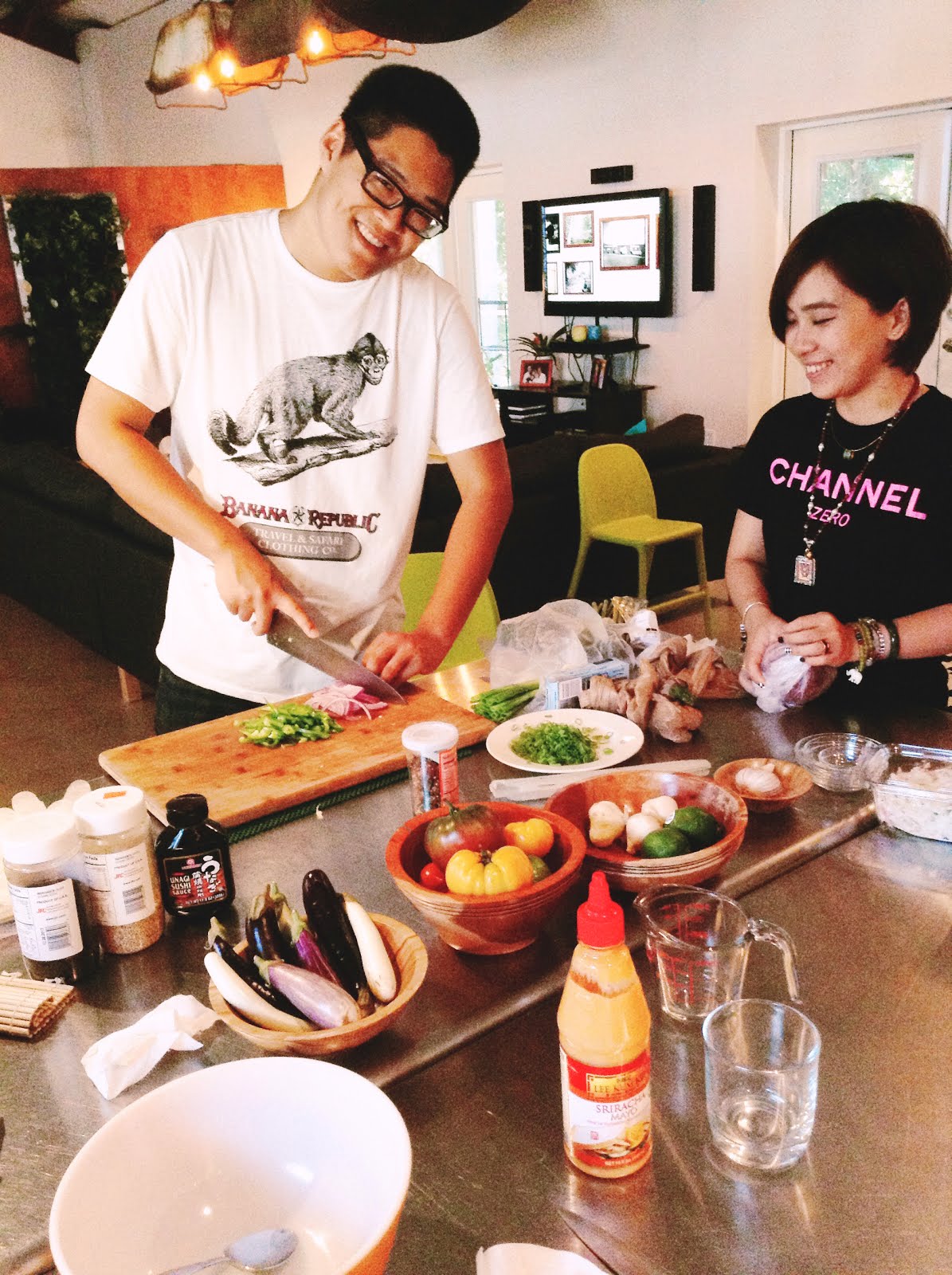 Charlie learned to prepare sushi when he was 18 at home in Brooklyn, NY where his parents own a Japanese restaurant.  I thought this was unusual considering that Charlie is actually from China, but he claimed that there is more money in sushi and less competition in that region so that’s where his parents chose to focus their efforts.  It paid off as far as I could tell because his rolls and noodles were as good as any I’ve tried.

Charlie came to our home 5 hours before the party so he could walk through the garden and pick out some vegetables he could use in his dishes and to give himself time to buy the freshest seafood he could get his hands on to pair them with. He said it was typically a 5 person job but he was able to complete the task with the help of his friend in 4 hours.  Wow, what a fun process to watch unfold!

The chopping, boiling rice, the rolling, and finally the beautiful presentation with sauces.  I asked that Charlie please have some rolls to prepare as guests arrive so they could see the process as well.  So as Charlie and his assistant continued to chop and roll, we all sat down for a fresh salad straight from the garden dressed with ginger dressing. 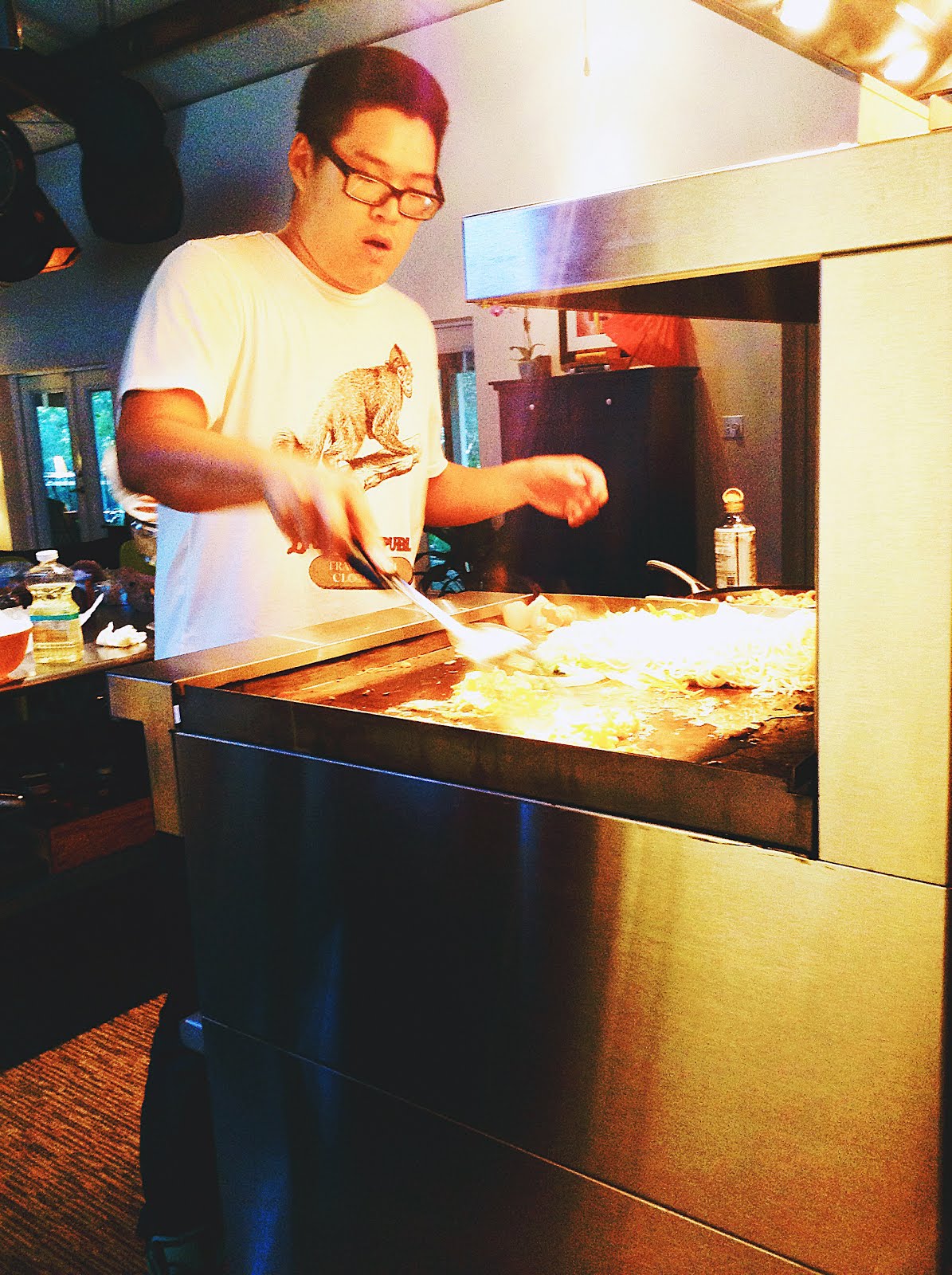 Next, pots of either seafood noodles or vegetable noodles circulated to fill our bowls.  Using chopsticks to wrap around the noodles authenticated the whole experience accompanied by saki to warm the senses.  Even the soy sauce was hand selected by Charlie infused with fish oils to please the pallet.  Then, finally what we had all been waiting for, out come the most beautiful sushi rolls explained by chef himself.  Yes, they did taste as good as they look. 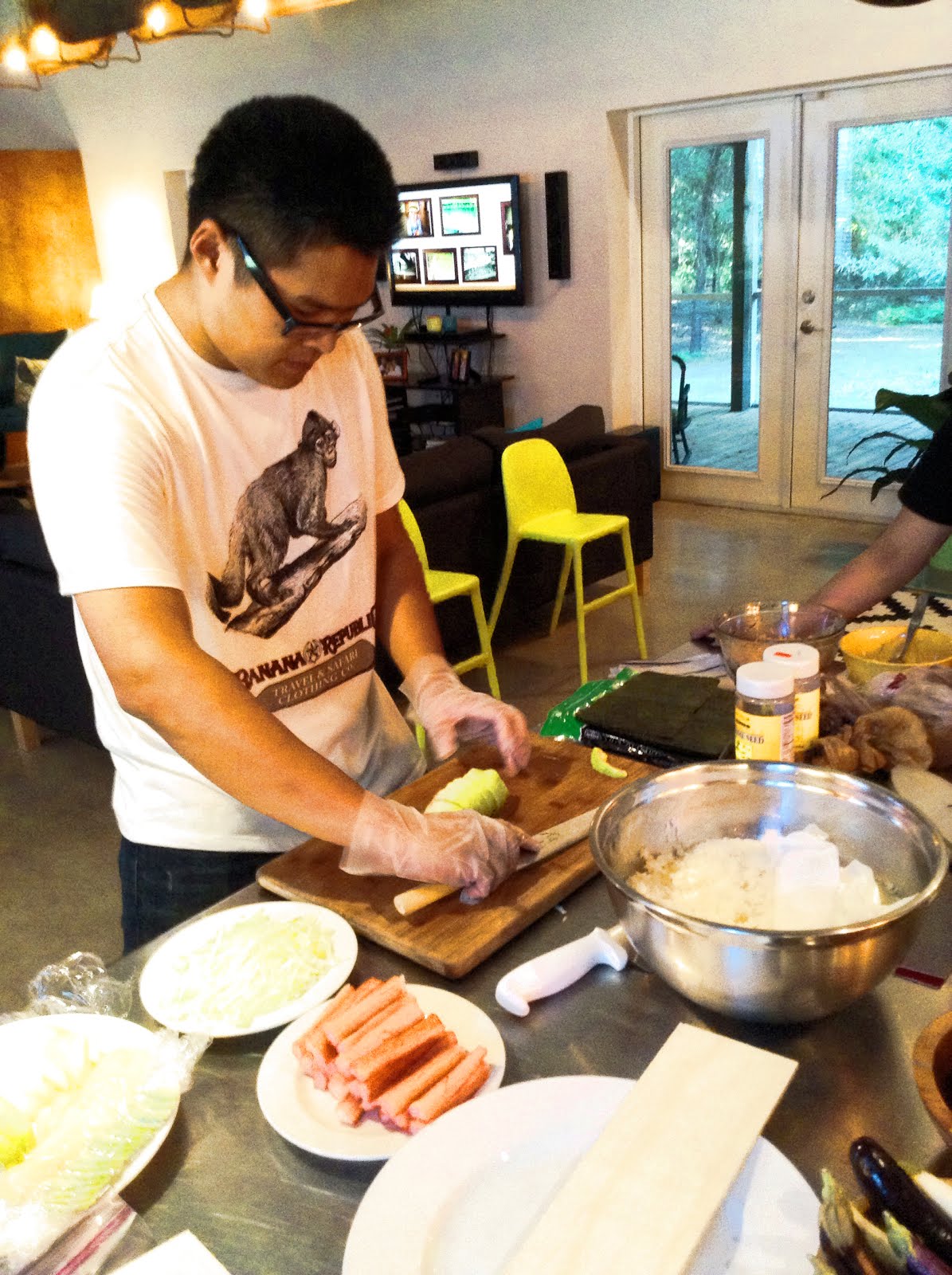 Each round of sushi better than the last as the preparation and ingredients were a bit more sophisticated than the one before.  After about four or five rounds of rolls our tummies were full, our pallets pleased, and our spirits lifted.  Especially mine, because I was relieved that all our efforts had paid off and that our friends were enjoying the food that we had grown from seed, the guest chef that we entrusted to prepare a delicious meal, and the evening in general.  A special thank you to my friend and photographer, Sarah Bisesi of Gemini Portraits , and Lisa from Wish Vintage Rentals for the beautiful farmhouse table, chairs, and accessories. And of course our guest chef Chenyu Liu who came highly recommended by Dr. Catherine Eskin of FSC.  This went so well, I can envision hosting more farm to tables in the future! 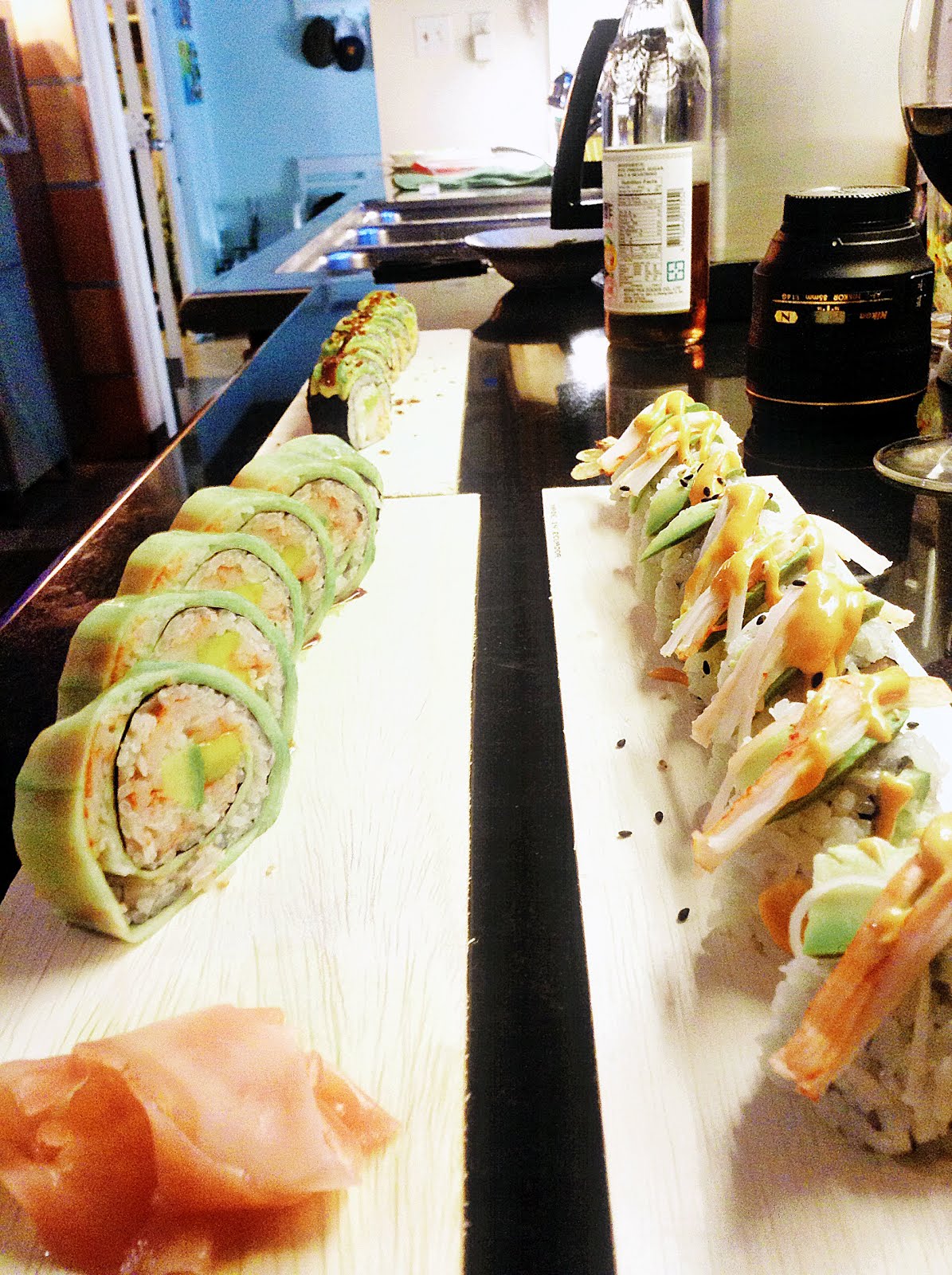 One Response to Sushi Dinner at Sassakala